I painted a circle test mini a while back, using somewhat of a standard color scheme, though I used more of a sandstone look for the rock rather then grey. I like how it turned out, but I'm just kind of bored with it. My circle minis sat in their boxes for a while.....until recently. I got everything assembled and started playing some games. I think I'm starting to get the feel for them. But I want them to stand out. Here is what I think I'm going to go with. Kind of an obsidian stone with lava power brewing underneath look. It' much darker then the standard green peace druid look. 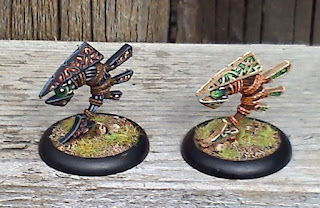 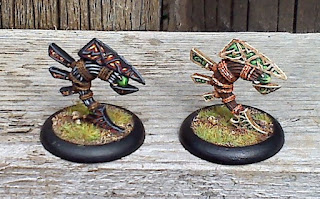 Next up, complete / convert Baldur to the new look, then maybe something big! Megalith..... 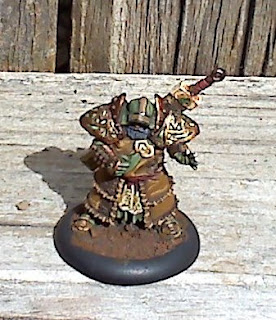 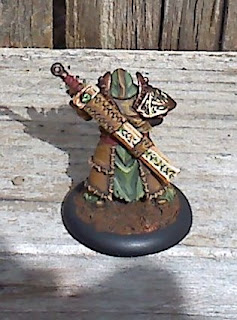 Email ThisBlogThis!Share to TwitterShare to FacebookShare to Pinterest
Labels: circle of orboros, Painting